Millions of video publishers on YouTube or Vloggers trying to know the exact average calculation of their uploading videos of the most popular video hosting social networking site in the world with an average of billions of the active user’s according to the daily statistic, over millions of monetizes partners.

On resolving this cases without any asking information, there have a lot of websites, who? are developing the calculation of YouTube monetization rates. But, you should mind it to your self, that only YouTube video hosting company owned by Google to determine the exact monetary rates of their advertising revenue for publishers. 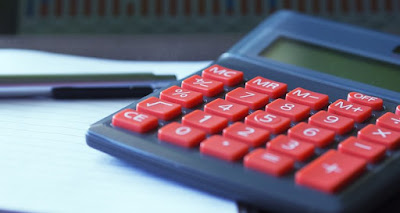 Some user’s cases satisfied, about the average monetizing calculation rates of sites developing this kind of tools, but the other aren’t. Before we reveal this websites, there’s a lot of calculation formula according to research.

Here is the examples of (RPM)Formula:

Best tips to increase estimated (RPM) YouTube, you need ads engagement to leads acquisition that’s a reason your average revenue per thousand impressions of the ads display of your uploaded video will increase.

SocialBlade: They said, YouTube Money Calculator provides a glimpse into what a user could make with YouTube by estimating a commonly accepted CPM range based off of the average amount of views. see how it work?.

Influencer Marketing Hub: They said, The tool has been developed to allow you to easily calculate the estimated earnings from a Youtube Video or Channel and is based on your video view count, engagement and various other factors. see how it work?.

YouTubeMoney: according to them, This calculator estimates the money that can be obtained from a YouTube video based on the number of views and the RPM (Revenue per 1000 Impressions). If no RPM is inputted, the typical RPM range from $1.36 to $3.40 will be used. see how it work?.

SeezisLab: They explain, If your channel has 20-30 views per day, do not rush to add ads to it, first increase the subscriber base and views, as having such rates you earn a penny and frighten the audience. In this case, we are able to help you! YouTube salary calculator by SeeZisLab is a tool for an easy convenient budget organizing. This service is quite necessary as well as effective either for YouTube bloggers or potential advertisers. see how it works?

FlicksPoint: According to their opinion, vloggers should participate in YouTube ads partnership for better earning. I have add the YouTube ad money calculator for calculate. see how it work?

MarginHound: According to them, this calculator is an attempt at a realistic, data-driven answer to that question. Ignore the first scenario (Imaginary Instant Superstar) – that’s intended for humor value. The other scenarios provide a more thoughtful view of how you can build a valuable income stream from a video tube site. see how it work?

The conclusion of this reviews, about the rates of monetizing YouTube is 55% of adrates revenue will be received to vloggers. Which means YouTube reveal on that, any calculation revealed online is truly respectful reviews. But unfortunately, YouTube will anytime change their terms on condition. It means also change of calculation formula when developing the application of this matter.