Advertisements on TV is a great opportunity for your goal to boost the impact of your brand name driving 30-second video commercial TV ads spot based on national, local, international TV advertising. In United States, there are 10 leading TV shows driving advertisements on broadcast TV with an average cost start $190,000 – $700,000 for every 30-second ad spot shows on national TV advertising rates (statista).

The conclusion that the highest air time ad slot in national television advertisements especially in ” prime time period ” is ” sports“. Obviously, most of Americans truly like sports best example of that is SuperBowl.

According to time air tv adspot commercial data report for 30-second commercial advertisement ran during the 2011 Super Bowl it cost an average of $3.5 million per airtime ad spot.

Online TV advertising –  the highest revenue rating on tv ads, it can be most expensive.

Terrestrial TV advertising – is the third one. 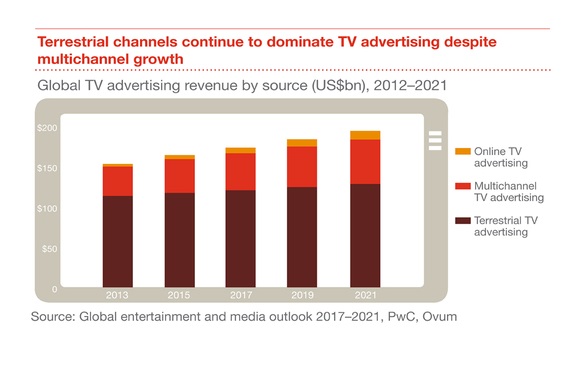 How much does it cost to make a tv commercial?

Minimum Level – It possible your campaign can deliver minimum of 500,000 to 1 million weekly impression for only $150 per day investment cost.